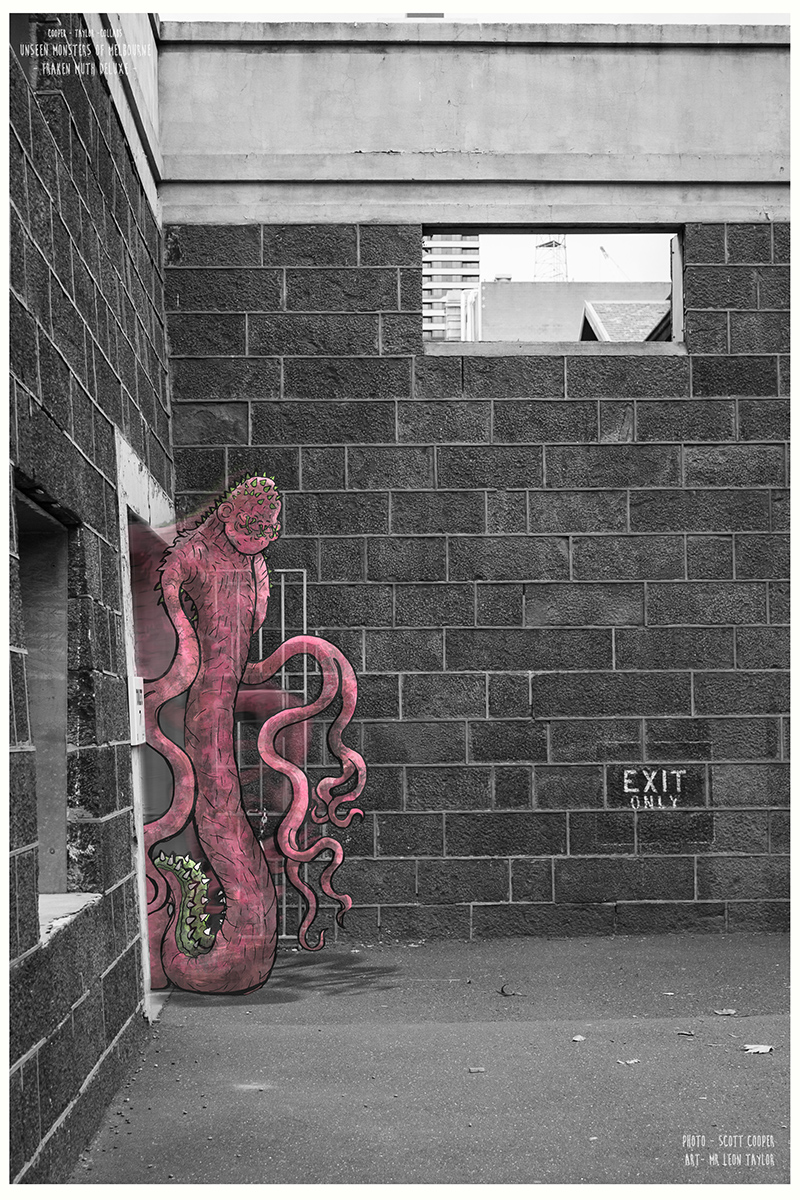 Franken Muth Deluxe was a powerful Unseen Monster in the late 1950’s; perhaps too powerful and definitely dangerous. Franken Muth was responsible for crimes in the “seen” world, especially on 19th July 1954. The disappearance of Franken Muth was a sad day for the Unseen Monsters in Melbourne; and a day they remember as “FM radio day” as their voices became a powerful static that interrupted the airwaves. This is a recent photo of an old, tired and reclusive Franken Muth in 2014.